The ‘Woollen Blanket Factory 1900-1940’ exhibition is one of the highlights of the TextielMuseum. It recreates the hubbub of activity in a textile factory from 1900 to 1940. 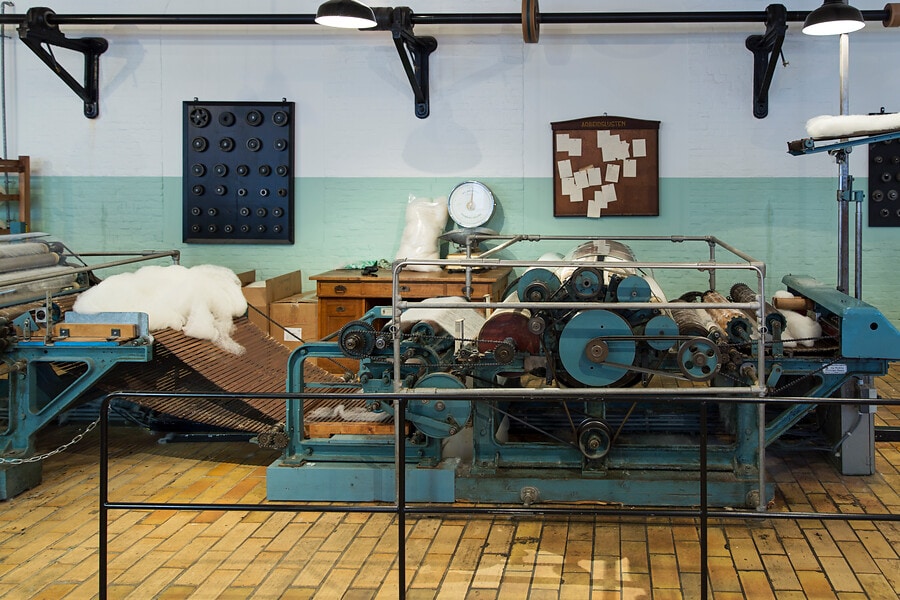 From raw wool to blankets

Here you can discover how raw wool is made into blankets. Just as in times gone by, the here machines are driven by a steam engine. Watch demonstrations of the machines in action, hear the stamping, persistent noise and smell the scent of wool and oil as it spreads through the factory space. It looks as if the factory is still operating at full tilt and the workers have just left their posts for a break.

Great for kids: look for the historical photographs and film fragments ‘hidden’ in the exhibition. 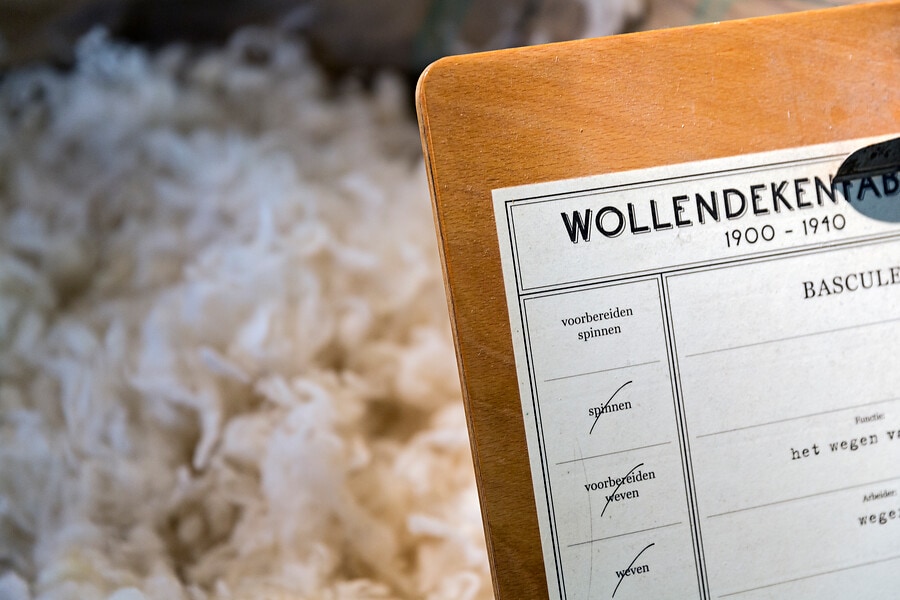 When you enter the factory space, you immediately see the large bales of raw wool, ready to be weighed. You can actually smell the jobbing oil that was poured onto wool to protect the fibres during the production process. The wool was loosened and mixed with enormous force. This work – typically done by men – was called jobbing and winding. Carrying and hoisting bales of wool was hard, dirty work and the men who did it were covered in grime and filth. The winders were nicknamed ’grease monkey’ because of their dirty clothes.

After winding and carding (combing), the wool was mechanically spun into yarn. The spun yarn was wound onto pipes and bobbins. The spinning section in the factory was a female domain. The women worked for a piece rate and were paid per kilo of spun yarn. 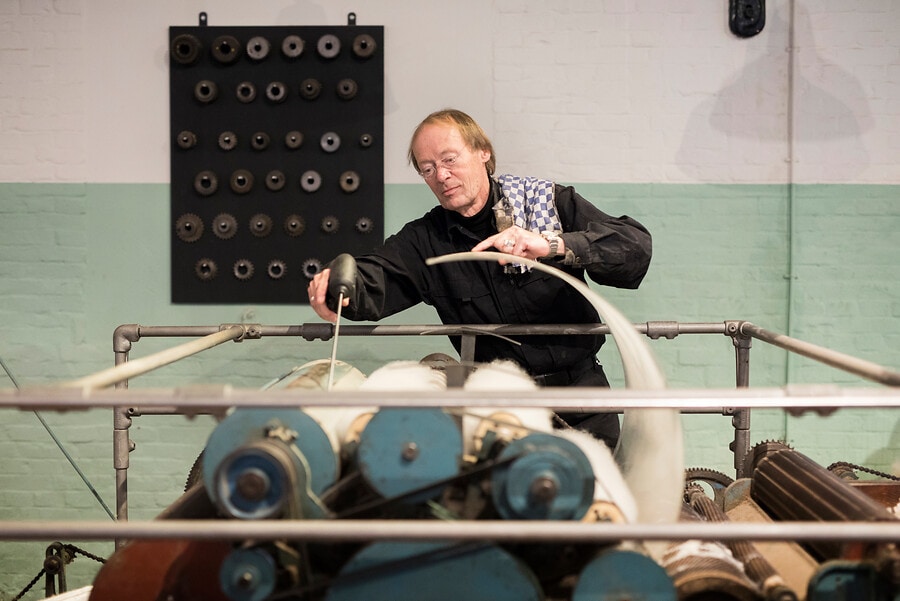 The yarn was woven into crude blanket fabric on a Buckskin loom. Burlers checked fabrics for bumps and irregularities, which were repaired by darners. During the felting process wool fibre scales are opened up, and heat and friction are applied to create a dense fabric. This used to be called ‘matting’ and it involved pouring jugs full of chemicals over the fabric. In the 20th century, sodium hydroxide and ammonia replaced the (human) urine previously used for matting fabrics. And that’s why people from Tilburg are nicknamed ‘kruikenzeiker’ (jug pisser) to this day. After matting, the fabric passed through a roughing machine, which consisted of a roller, covered with natural thorns. The tiny barbs on the thorns pulled the wool fibres apart to create fluffy blanket fabric. The last steps in the process were finishing and cutting the fabric to size. 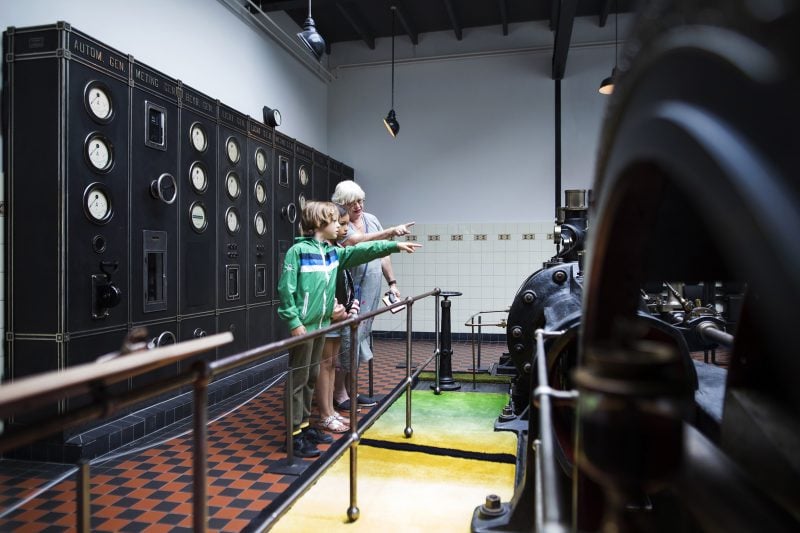 In the first half of the 20th century, factory machines were steam-powered. The TextielMuseum has a steam-engine is on display: an impressive piece of machinery with a steam boiler. A steam engine uses the force produced by steam pressure to push a piston back and forth inside a cylinder. Drive shafts (iron rods), flywheels and belts transfer the pushing force of the pistons to the machines in the factory. At the height of the textile industry in Tilburg, the steam engine was the most important piece of machinery in a factory.

The exhibition was made possible with the financial support of the Province of Noord-Brabant.