Please note: TextielMuseum is closed due to a lockdown in the Netherlands. Read more about the current situation in the museum here.

Table damask designs were regarded as the pinnacle of Dutch textile design in the first half of the 20th century. Several damask weaving mills produced ‘artistic’ damask, for which they commissioned contemporary designers. In an effort to improve the quality of industrial products, linen manufacturers deliberately sought out decorative artists. Art Nouveau was a popular style for the new patterns. 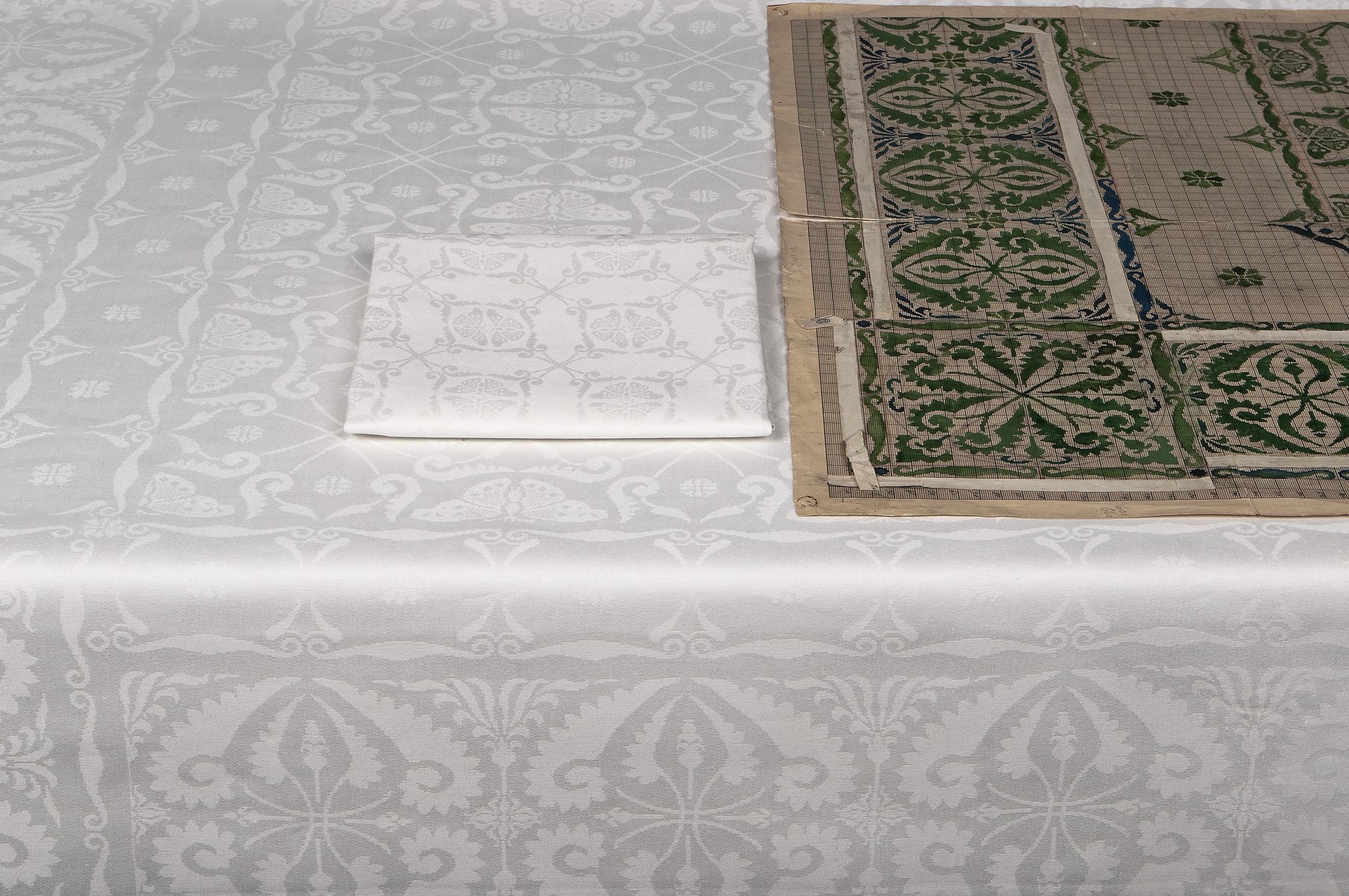 Every year, well-to-do women bought Chris Lebeau’s latest designs, which were produced for decades by the linen and damask manufacturer E.J.F. van Dissel & Zonen in Eindhoven. Many a linen cupboard was also filled with tablecloths and napkins by other well-known designers, such as Cornelis van der Sluys, Theo Nieuwenhuis and Jaap Gidding. Nature was an important source of inspiration. Elegant stylised designs featuring parrots, lilies, cherry branches, fish and penguins in the Art Nouveau style and later the Amsterdam School brought a special cachet to the dining table. They were the pride of every housewife.

The TextielMuseum has the most extensive collection of Dutch table linen from the early 20th century. In recent years, previously unknown and rare table linen from this period has been added to the collection. The showpieces have now been taken out of the linen cupboard, with a beautifully set table at the centre of the exhibition. 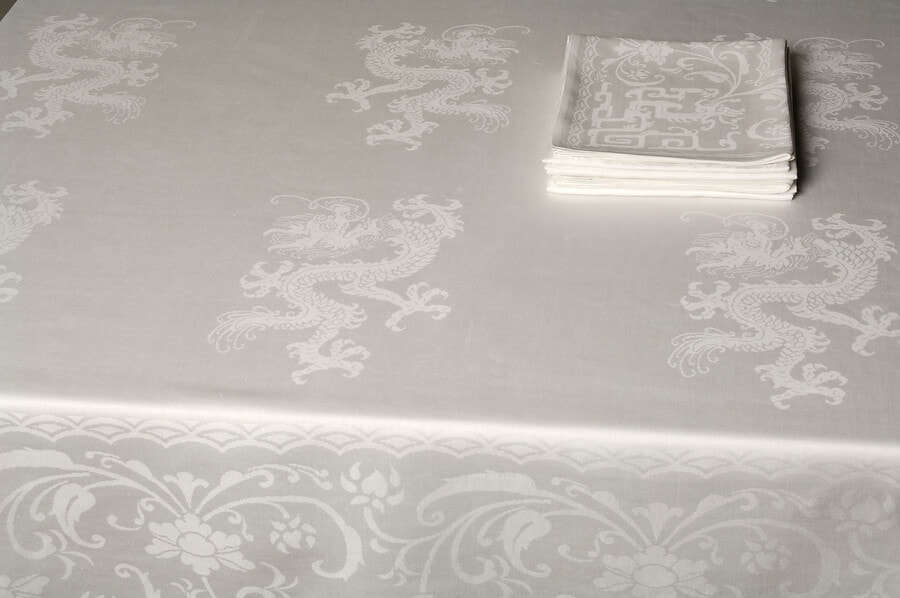 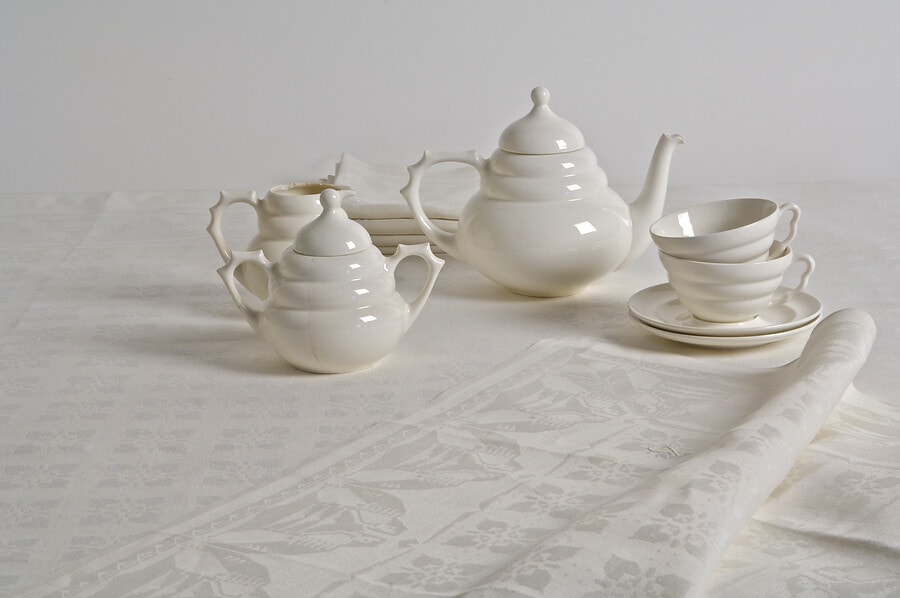 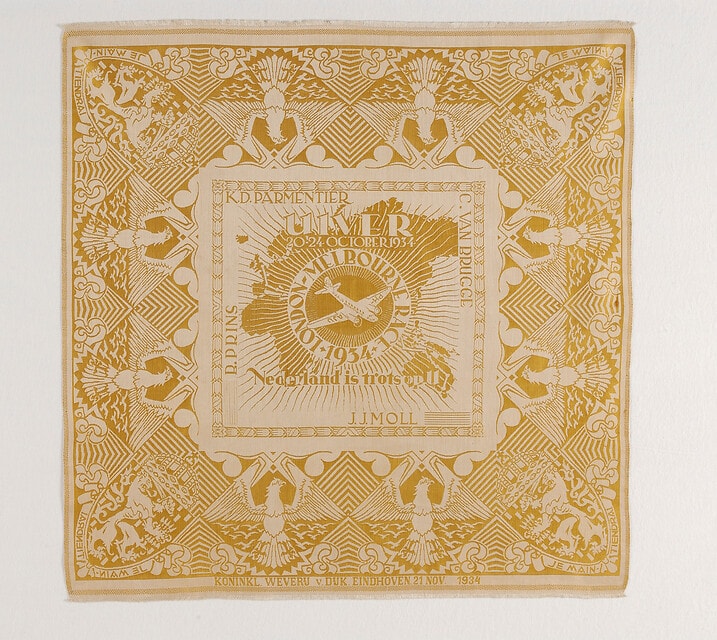 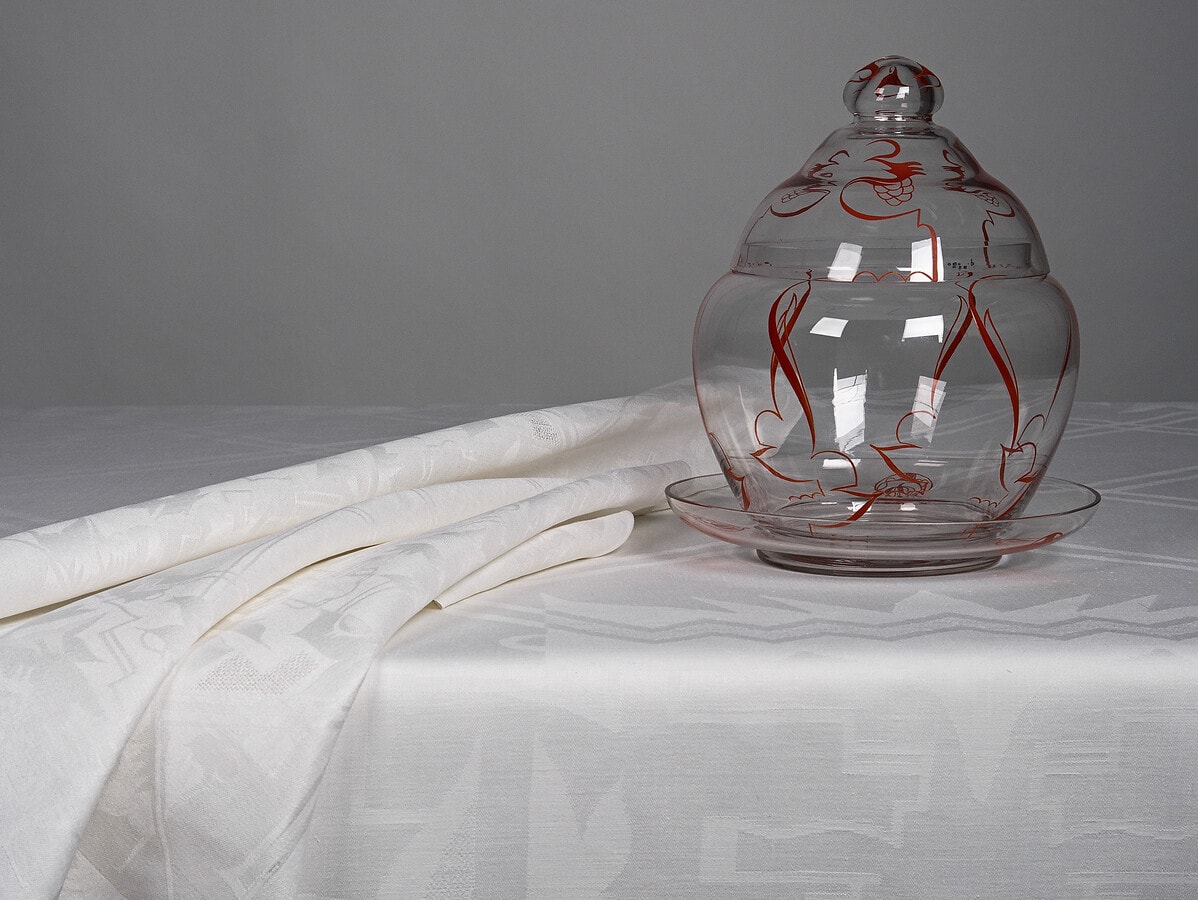 The unique collaboration between Chris Lebeau and linen manufacturer Van Dissel began in 1905 and continued until around 1940. Lebeau is known to have produced more than 50 damask designs, whose stylised Art Nouveau patterns garnered great acclaim in the press. Van Dissel was also praised for breaking the tradition of copying or adapting patterns by foreign designers or design agencies. Lebeau designed according to a grid system, dividing the surface geometrically to create a clean, regular composition. The tablecloth, napkins and doilies complemented each other, despite their differences in size. To achieve this, he did not reduce the basic design for each item, as was usual, but rearranged the motifs for each element. 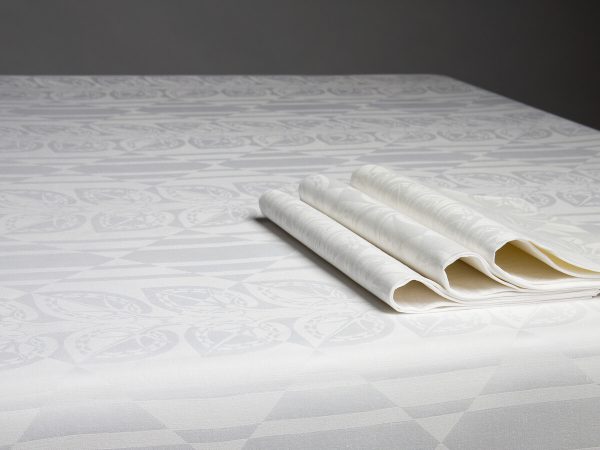 All exhibitions
Online TextielMuseum
Imaginings | Dutch Design by Kiki van Eijk
Common threads | Old and new stories in art and design
Secrets of making | Artists and designers in the TextielLab
The Art of Lace | From Chanel to Iris van Herpen
Showpieces | Table damask from Art Nouveau to the Amsterdam School
Floor Rooijakkers2021-01-13T09:33:03+01:00