Women cut their hair, smoke cigarettes from pipes and wear long pearl necklaces. During the roaring twenties a dizzying social change leads to a different zeitgeist and increasing wealth. From Paris to London, New York and Hollywood, the period after de Great War offers the modern woman a completely new style of dressing that also symbolises her new-won freedom.

This stunning collection of more than 150 pieces of sportswear, printed day dresses, fringed flapper dresses, beaded evening wear, velvet capes, kimonos and silk pyjamas reveals the glamour, frivolity and modernity of the decade. The exhibition shows the variety of clothing available to the modern woman, not just de drop-waisted flapper dress immediately associated with the era.

Silhouet
Throughout, the exhibition highlights the decade’s changing silhouette including the straighter less exaggerated shape, promoted by haute couture designers such as Lucile and Paul Poiret since the pre-war years, the rising hemline and clothes designed to allow free movement. By the 1920s, the waist and the bust had ceased to be the focus of modern fashion. Yet while designers had claimed to banish the corset it continued to be worn, albeit with a longer, more natural shape. Lingerie was designed to flatten and smooth the bust and a slimmer cylindrical silhouette became the accepted norm.

The 1920s was a decade of dance, joie de vivre and new leisure activities.

Nightlife
The 1920s was a decade of dance, joie de vivre and new leisure activities. A sense of movement, defined by the rhythms and beats of jazz, was a leitmotif of the era. Women’s clothes, particularly those for evening, were designed to move and shift. The swing of a beaded hem or a fringe, or an evening cape sliding off a shoulder was intrinsic to the look and feel of the garments. A group of beaded dresses showcases rare and fragile garments with exquisite hand-crafted deco designs. 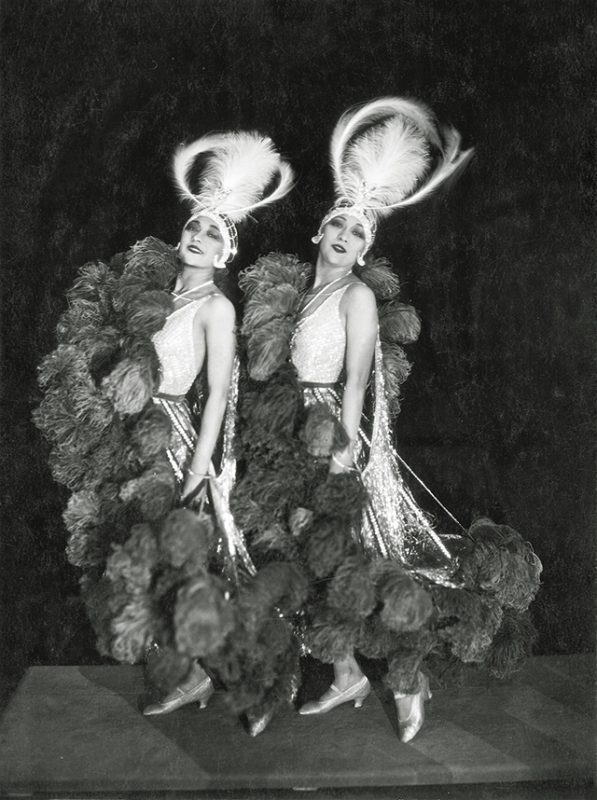 The end of a decade
It all ended with a bang. Years of a speculative stock market, overproduction and easy credit lead in 1929 to one of the biggest drops in the history of the New York Stock Exchange, signalling a worldwide panic in the industrialised world. While the Depression changed everything in the ensuing years, and women’s fashions along with it, the great strides made in freedom for women lasted.

Activities
Apart from the exhibition, the TextielMuseum organises several activities. During the public opening on Sunday 10 December the best hairdressers will create your twenties look. In the new year, you can learn all ins and outs about gin at our gin-tasting or participate in one of our ‘Workshop on Sunday’ programs.

Publication
The publication ‘1920s JAZZ AGE Fashion & Photographs’ (author: Martin Pel and others, published by: Unicorn and Fashion and Textile Museum, London) will be available at our TextielShop.