Behind the TextielShop is the historical Damask weaving atelier. Here you will find 19th-century Jacquard looms, pattern drawings, Jacquard cards, sample books and examples of the table linen itself, both antique and contemporary. In the laundry, the costly linens are professionally cleaned and pressed for the musuem and third parties. 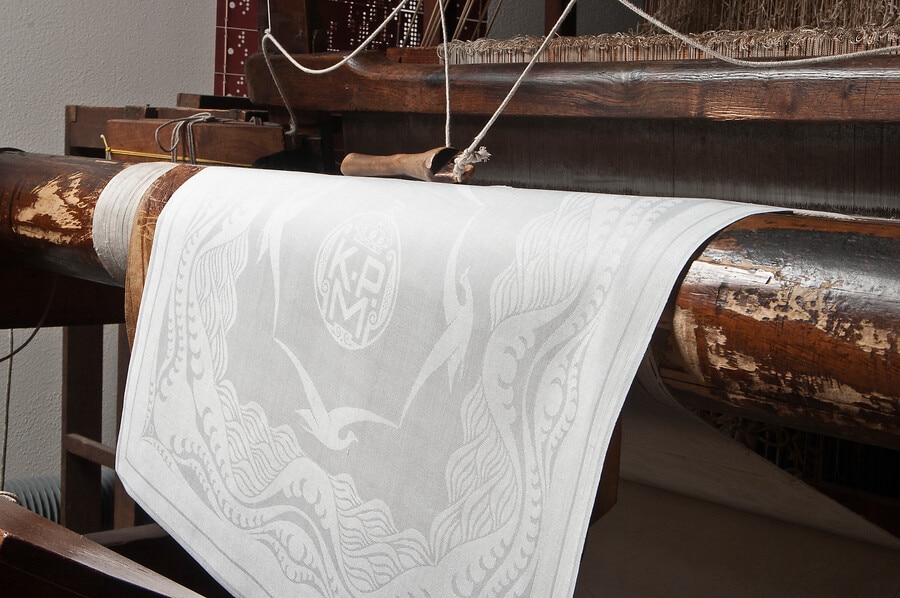 Damask weaving: an impression of an ancient traditional craft

One of the TextielMuseum’s exhibition spaces has been transformed into a damask weaving workshop. Here you will find 19th-century Jacquard looms of weaving mill W.J. van Hoogerwou & Zonen. From the middle of the 19th century onwards, this weaving mill specialised in the production of beautiful, hand-woven linen. The company closed down in 1970, but its rich heritage can still be admired in Damask weaving atelier in the TextielMuseum. Besides this, there is an extensive archive of pattern drawings, Jacquard cards, sample books and examples of the table linen itself, both antique and contemporary.

Our damask table linen exhibition is refreshed each year with items from the museum collection.

History
In the 19th century, most Dutch damask was woven in Noord-Brabant, and especially in the towns around Eindhoven. It was woven by hand until the beginning of the 20th century on jacquard looms. With a jacquard machine fitted above the loom, any warp thread could be lifted up to allow the weft spool to pass. Holes in cardboard punch cards ensured that this happened at the right time, based on a given pattern. Around 1900, there was a shift to industrial production. A few mills, such W.J. van Hoogerwou & Zonen in Boxtel, made a name for themselves by making traditional, handwoven damask. Part of the inventory of this mill, which shut down in 1970, can be seen here. 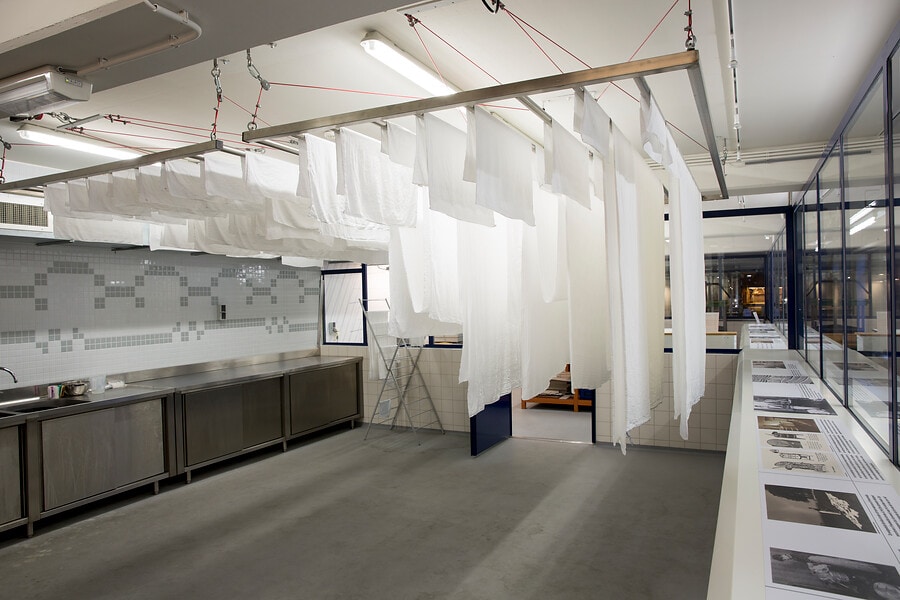 Attractive table cloths are totally back in fashion. Within the Damask Weaving workshop is a damask laundry.  You can also have your beautiful table linen laundered using traditional methods. It is washed, put through a mangle and laid in a linen press for 24 hours before being wrapped in blue paper (to prevent yellowing). 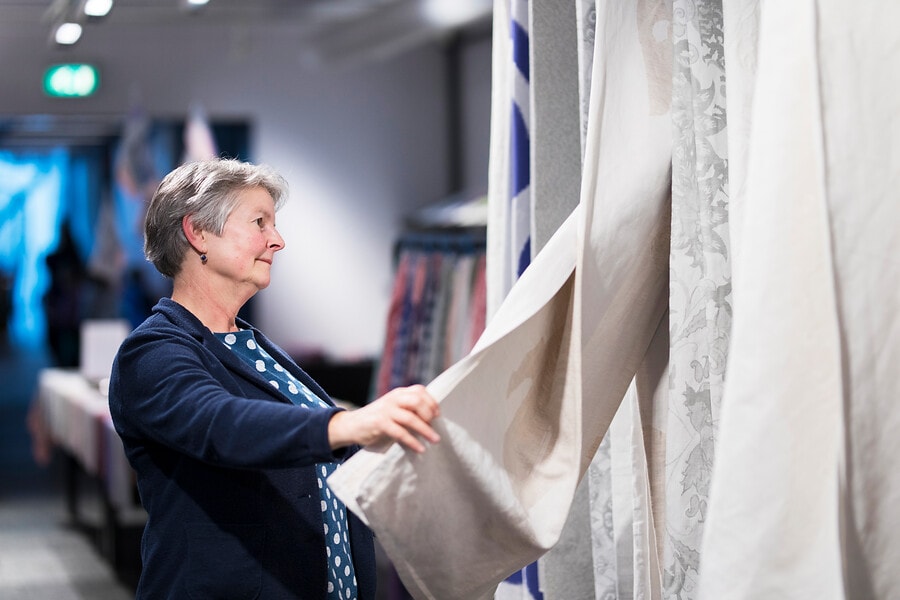 Do you want to get your table linen washed?